The LCA hosted its first Influential Speaker Series of the year 2020 with notable guest speaker Professor Sir Michael Marmot in the Garden Room of the Athenaeum in Pall Mall, London.

On the 8th January, the LCA opened the 2020 events calendar by hosting a well attended dinner at the Athenaeum, at which Sir Michael Marmot spoke passionately about the impact of social determinants on long-term health. Sir Michael, a Professor of Epidemiology at UCL, set-up and led a number of longitudinal cohort studies, including the Whitehall Studies of British Civil Servants investigating explanations for the striking inverse social gradient in morbidity and mortality. In 2000 he was knighted in recognition of his services to epidemiology and to the understanding of health inequalities. In 2010 he undertook a strategic review of health inequalities for the government, producing the landmark study Fair Society, Healthy Lives. An expert panel of the Royal Society for Public Health selected the 2010 Marmot review as the 3rd greatest UK public health achievement of the 21st century after the ban on smoking in public spaces and workplaces, and the sugar levy on soft drinks. 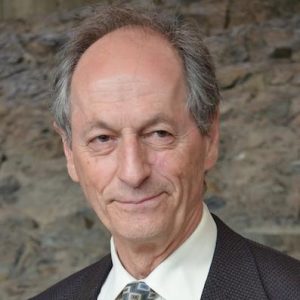 On the evening, Sir Michael discussed how life expectancy in England had improved ‘about one year every four years since the end of World War One,’ but that this improvement stopped in 2011. The majority of people in poverty are in a household where at least one adult is working. There been a rise in mortality from what he described as ‘deaths of despair’. Sir Michael used the Royal Borough of Kensington & Chelsea, which has one of the widest inequalities in income, to illustrate his point. There is a fourteen year difference in average lifespan between the highest and lowest income families within this borough. Childhood deprivation has a long-term effect not only on life span, but also on attainment and productivity. Successive governments focus on care delivery at the expense of social care funding and have contributed to an unequal society in which choices are dictated by social circumstance.

Sir Michael ended his talk by stressing the need for a social determinant approach to prevention so to allow for a more equal and meritorious society. His talk was the followed by a lively Q&A in which it was argued that there should be de-stigmatisation of privately-funded healthcare, and that this would allow for publicly funded resources to be deployed to those in greater need.

A report from this event is featured in the Independent Practitioner Today!

There are no upcoming events at this time.

Interested in Medico-Legal work? Listen to this great podcast from @hempsonslegal >https://www.hempsons.co.uk/hempsons-podcasts/?utm_medium=email&utm_campaign=Hempsons%20inquest%20podcasts%20series%20No3&utm_content=Hempsons%20inquest%20podcasts%20series%20No3+CID_438e8d880b47a0cceab0c3888c446a49&utm_source=Email%20marketing%20software&utm_term=Please%20click%20here%20to%20see%20and%20listen%20to%20all%20our%20podcasts%20on%20topics%20from%20Inquests%20to%20CQC%20inspections%20GPs%20and%20PCNs%20and%20more on topics from Inquests to CQC inspections, GPs and PCNs and more #MedicoLegal #Healthcare

FIPO's Chairman, Richard Packard responded to @thetimes article in defence of the private sector highlighting that stopping elective surgery would further inundate the NHS and its waiting lists. We should use all resources to hand to cope during #COVID19 #healthcare #surgery https://twitter.com/neilorpen/status/1349281810031767552

this is important - there is no sense in cancelling private hospital operations ( 50% of which may be NHS patients ) just because it makes. some poor NHS units look bad https://apple.news/A13vjfIBQRSCeyijABPsZ5w

this is important - there is no sense in cancelling private hospital operations ( 50% of which may be NHS patients ) just because it makes. some poor NHS units look bad https://apple.news/A13vjfIBQRSCeyijABPsZ5w

This is unfair to private hospitals+consultants, since they have not been approached to date. FIPO+ @TheLCAssoc will support any initiative 4 private sector to support the NHS. Far better organisation than 1st lockdown=optimised capacity use. #COVID19 #healthcare @IndHealthPN https://twitter.com/thetimes/status/1348333165983752192

NHS bosses have criticised private hospitals and doctors in London for continuing to perform non-urgent operations despite the “unthinkable pressures” caused by the pandemic https://www.thetimes.co.uk/edition/news/nhs-bosses-criticise-private-hospitals-for-continuing-with-non-urgent-operations-5bb06q29t?utm_medium=Social&utm_source=Twitter#Echobox=1610302533