On Wednesday evening, 28th October, the LCA hosted another discussion in its series of virtual roundtables with David Hare, CEO of the Independent Healthcare Providers Network (IHPN).

Mr Hare described the role of the IHPN, which is the trade association for the independent provider market, confirming that it looks to pan industry needs not individual commercial bias. It does not have any authority to dictate actions or set policy for its members. The IHPN provides a single conduit for reporting and support. The immediate activities of the IHPN, apart from the COVID response agenda, are currently focussed on the industry response to the Paterson Inquiry. 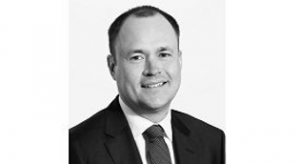 Dr Mark Vanderpump, Chair of LCA and moderator of this roundtable, opened the discussion by looking back on decisions and actions taken in March, at the beginning of lockdown, with the mindset then at the time and retrospectively now; the better and the worse.  One issue raised was that of private specialists having been excluded from the contracting discussions during the NHS contracting process earlier this year, which had resulted in disenfranchisement, loss of access and ability to deliver patient care. Mr Hare pointed out that the nature of the emergency had required agreements to be reached within the space of six days but agreed that the return of private work was unnecessarily slow due to uncertainty in NHS decision making to release that capacity. However, a positive arising from this has been a greatly improved public perception of the industry as a consequence of the support it was able to provide throughout this time.

Looking forward, Mr Hare described the imminent termination of the NHS contract at the end of December, which followed the termination in central London hospitals and some others in August. A combination of these terminations and ringfenced, protected capacity for private work elsewhere has enabled private practice to increase again. There are however ‘surge clauses’ in agreements of which only one, in Nottingham, has been invoked so far. He outlined a possible future relationship with the NHS but stressed this would be for individual providers to craft with their local NHS systems, not a pan sector agreement as occurred in March.

The IHPN is looking at better promotion of London provision to international governments in order to grow private healthcare. This led on to a discussion about the expertise and seniority of specialists whose reputation attracts international interest and the need to ensure that these consultants are not pushed out by the increasing burden and financial overheads of private practice. The LCA is aware of disenfranchisement and a loss of trust between these doctors and the providers with whom they used to work.

Mr Hare agreed that a good relationship between the providers, which he represents, and the members of the LCA and its sister organisation, FIPO, are essential for good quality patient care. He acknowledged the important role that LCA and FIPO play.

This roundtable has been uploaded onto our YouTube channel where you will find all LCA virtual roundtables to view at your leisure.

On Monday evening 2nd November, the LCA hosted a special edition of its virtual roundtables: “Competition Law Surgery” with Professor Suzanne Rab, a leading Competition Law Barrister of Serle Court in London, though her expertise does not end there. 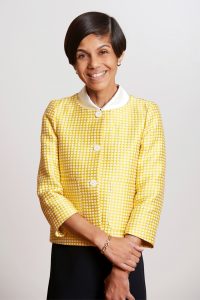 Where consultants are part of the same economic entity, they may share information within that same economic entity. There may be some flexibility where collaboration can be pro-competitive and ultimately benefits the consumer or some flexibility of information sharing where a consultant operates with outside activities or within a package that is non-competing. However, it is always recommended to take advice and these are always judged on a case-case basis.

A lively question and answer session ensued and made everyone aware that the private healthcare sector and its individual stakeholders and components are a very complex arena to which competition law, which is based on commodities, is difficult to extrapolate.

Professor Rab suggested that the LCA and its sister organisation FIPO should engage directly with the CMA to discuss industry dynamics and how these are impacting patient choice. Mr Richard Packard, Chair of FIPO has been invited to meet with them later this month and will be sharing these discussions with the LCA.

The session was well received and LCA consultants are now better prepared to present challenging and informed questions to the CMA at the second meeting in this series which will be a round table discussion with senior members of the CMA.

The LCA hopes that these expert sessions will ensure consultants do not unknowingly fall foul of the complexities and intricacies of competition law. In addition, it will enable consultants to challenge other areas where seemingly anti-competitive practices are being introduced.

This meeting was not recorded.

Our next meeting in our series of Virtual Roundtables will be taking place on Wednesday 25th November at 6:00p.m.